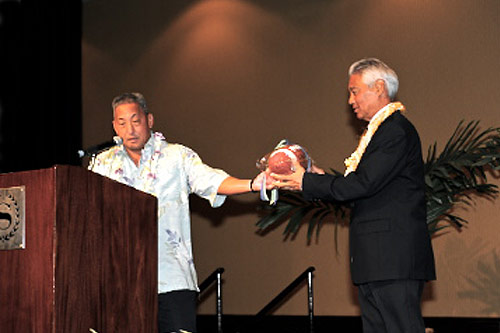 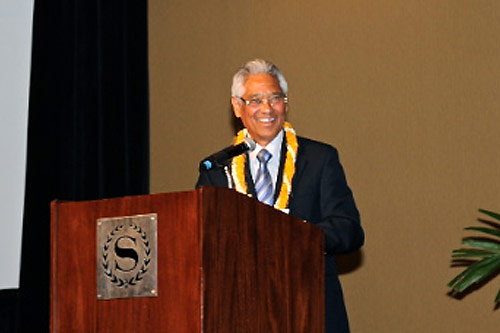 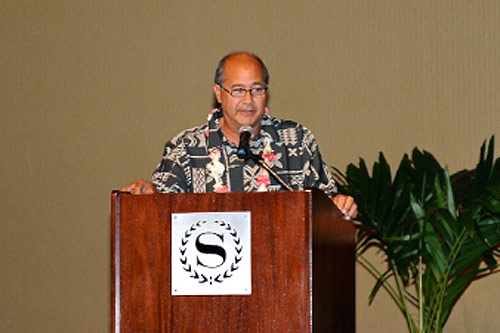 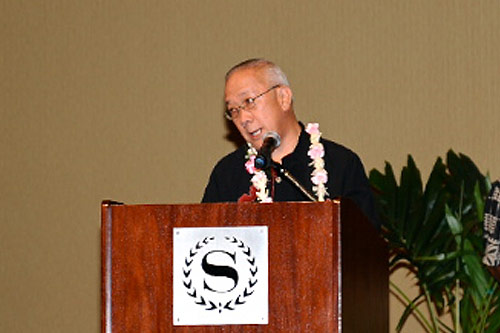 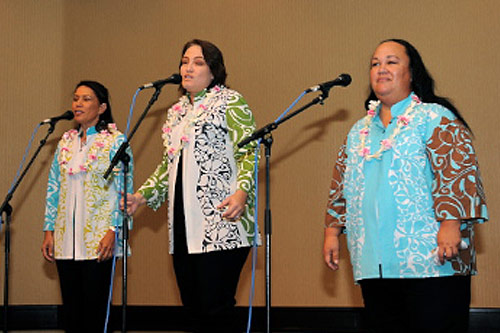 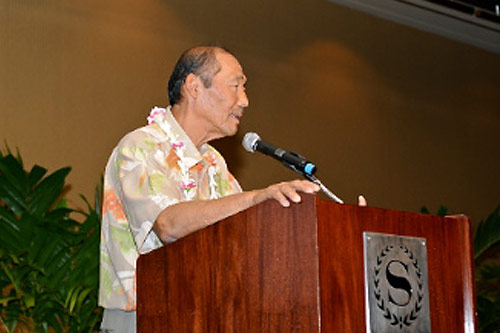 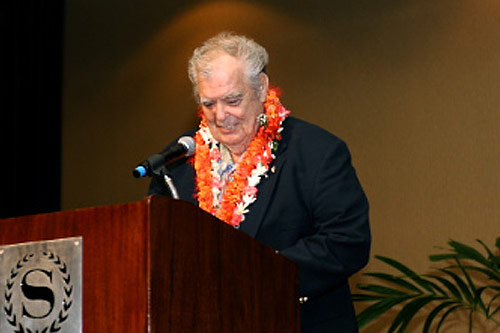 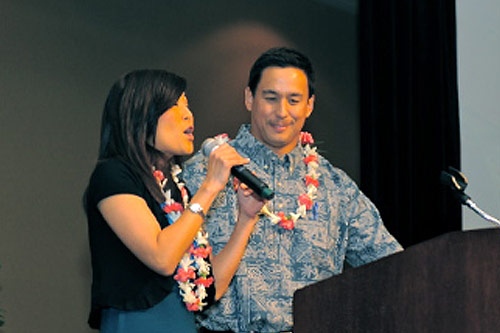 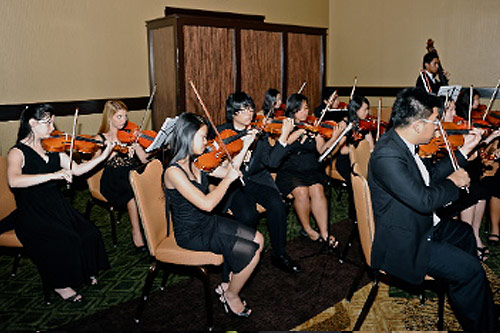 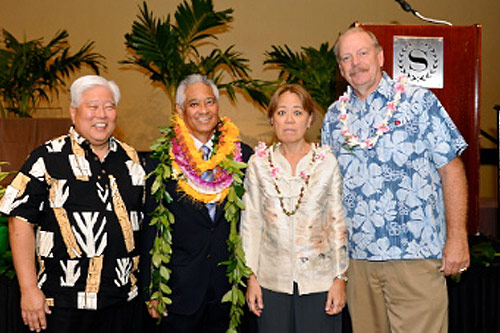 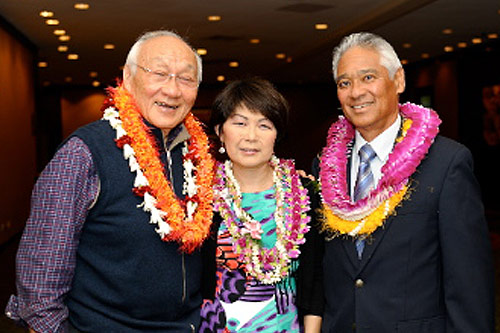 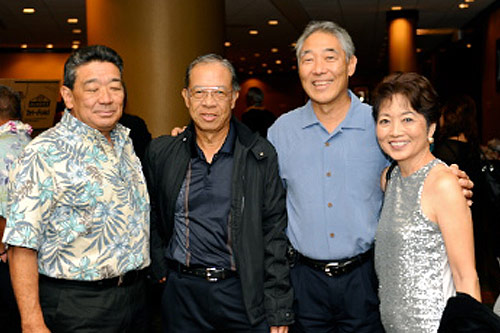 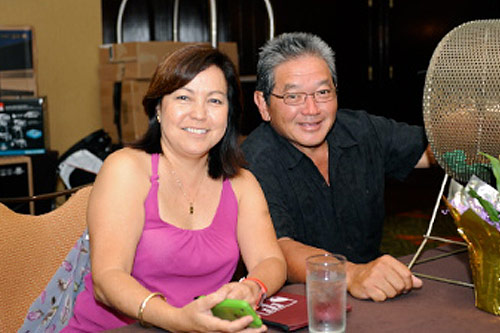 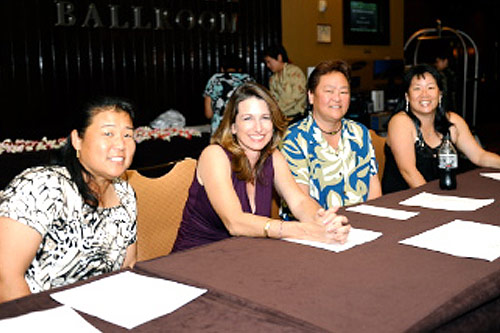 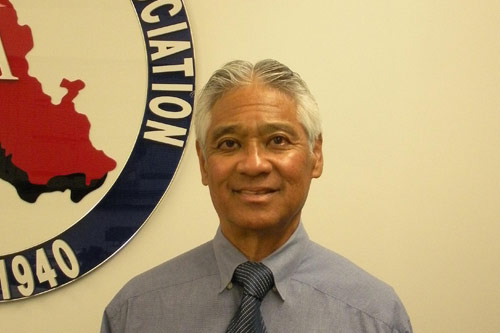 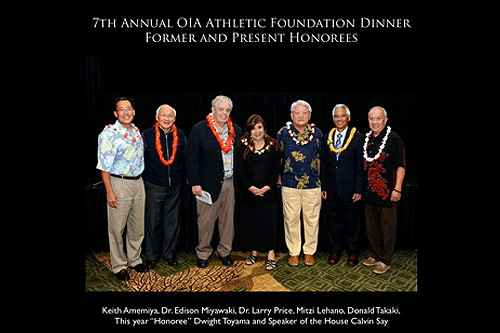 
Dwight Toyama is the former Executive Director of the Oahu Interscholastic Association (OIA) and Department of Education (DOE) Athletics Specialist where he served from 1998 until his retirement in 2011. Prior to those years he was the Executive Director of the Hawaii High School Athletic Association, Athletic Director, teacher and coach in the DOE. Dwight was a visionary leader in pursuing and implementing initiatives that would better serve all of the student-athletes and coaches. He was instrumental in organizing and leading the lobbying efforts to secure full time athletic health care trainers of all of the public high schools and to improve funding for coaches pay. His leadership efforts also brought about community wide volunteer efforts from all of our participating OIA schools.

It was Dwight’s vision to create a foundation for the OIA that would help perpetuate the positive benefits that participation in athletics can provide for future generations of public school students on Oahu. Through his efforts and determination, the OIA Athletic Foundation was established in 2004.

In his personal life, Dwight is an example of giving back to the community. He was a University of Hawaii college student when he made his first whole blood donation at The Queen’s Hospital in 1973. Today, he is part of the two percent of Hawaii’s residents who regularly donates to the Blood Bank of Hawaii (BBH). Dwight had already become a Super Donor in 1996, having donated 67 pints of whole blood, when he switched to apheresis to help a friend who had been diagnosed with leukemia. Apheresis is a special kind of blood donation that allows a donor to give specific blood components, such as platelets. Recently, Dwight successfully completed his 217th apheresis donation, translating to more than 400 people whose lives he has helped save. Dwight continues to selflessly give the gift of life regularly at BBH’s Dillingham Donor Center, where he is loved and appreciated by staff and Hawaii’s patients. He also served as an American Red Cross Volunteer accepting the call to action to deliver critical services to the people of Louisiana after Hurricane Gustav in 2008. In 2002, Dwight did the ultimate community service by being an altruistic kidney donor.

Dwight and his wife, Marcia have two children, Zena, a graduate student at the University of Puget Sound and Maxx, an engineering student at Seattle University.